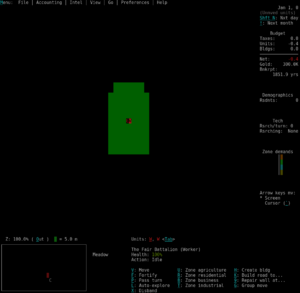 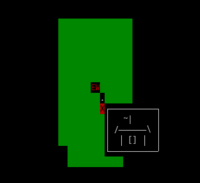 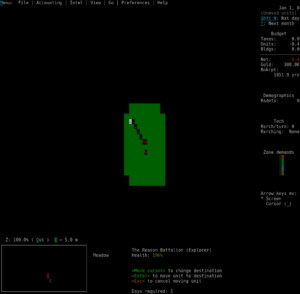 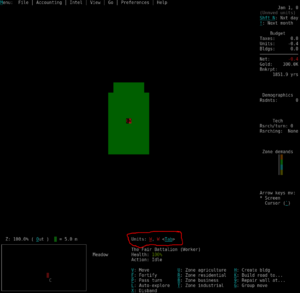 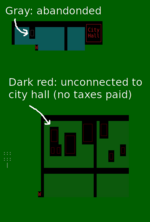 Your cities are organized by four zones: residential, agricultural, business, and industrial. An ideal city will have some balance of all of these zones. The desirability for anyone to build on your zoned regions depends on many factors -- job availability and proximity, product availability (produced by agricultural, business, and industrial zones), and proximity to other zones.

People can be fickle and do not like living too far from their jobs, but also do not want to live too close to things like industrial warehouses. The same for the businesses that will occupy your empire -- any business owner loves the availability of cheap labor, but doesn't like the surplus of other businesses. Business owners can also be scared away by too many other abandoned businesses -- if many others have failed, why would they think they have a better chance?

Workers are what you will use to zone each of these four zones. For example, let's start out by zoning some residential space. When you've selected a worker, press r (again, this keyboard shortcut is shown at the bottom of your screen once you've selected a worker). The game will then prompt you for the location to start drawing a rectangularly shaped residential zone. Select the location by moving your cursor and then press <Enter> to confirm. Next you will select the other corner of the rectangular region (also with your cursor). Once selected, press <Enter> to confirm. Note that you cannot zone over existent buildings.

Each game day your units perform their actions, such as building or moving in the world. Once you've selected actions for all of your units, you will have the option to progress time until any one of your units finishes their action (by pressing @ as shown in the upper right side of your screen). You can also progress the game one day (the smallest game time increment) only by pressing n, also shown in the upper right of your screen. If you do press @ and progress until all units complete their actions, the game will generally pause if anything important happens before your units finish their actions -- such as if you are attacked.